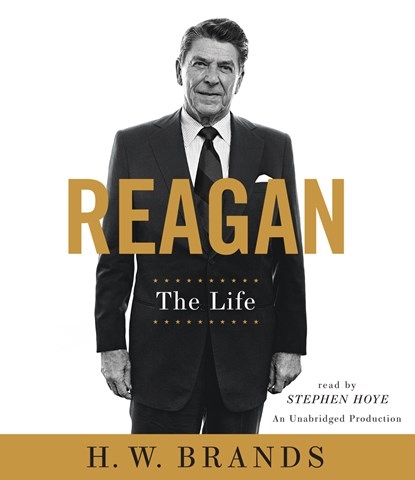 This straightforward chronological reporting of Ronald Reagan's life is lumbering and mechanical. And try as he might, narrator Stephen Hoye cannot improve the material with his delivery. While all of the detailed occurrences are accurately portrayed, this is familiar territory; nothing new in style or perspective is offered. In the majority of his work, it seems as if Brands makes a deliberate effort to be critical of President Reagan. By the end, though, the book contradicts itself as one is left with the impression that the author believes that Reagan ranks with FDR as one of the great U.S. presidents. Hoye is his authoritative and stately self--always convincing but at times a bit loud, at times somewhat overwrought. Overall, an uneven listening experience. W.A.G. © AudioFile 2015, Portland, Maine [Published: JUNE 2015]