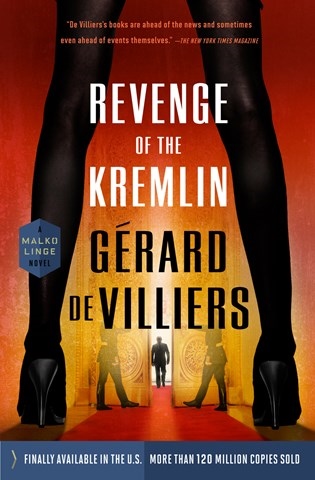 REVENGE OF THE KREMLIN

Is the British government helping Moscow in a cover-up? Malko Linge, an Austrian version of James Bond, is assigned by the CIA to find out why British MI5 won't investigate the supposed suicide of Boris Berezovsky. Narrator Nicholas Guy Smith moves through the curt dialogue and lengthy descriptions in clipped tones that set the tone for a story of international espionage. Smith is consistent in his delivery, maintaining a steady pace and pitch throughout the complicated actions sequences. There are many characters, settings, and motives for the listener to keep track of. Smith's Russian-accented English rings true and helps differentiate speakers in the large cast. M.R. © AudioFile 2015, Portland, Maine [Published: JULY 2015]