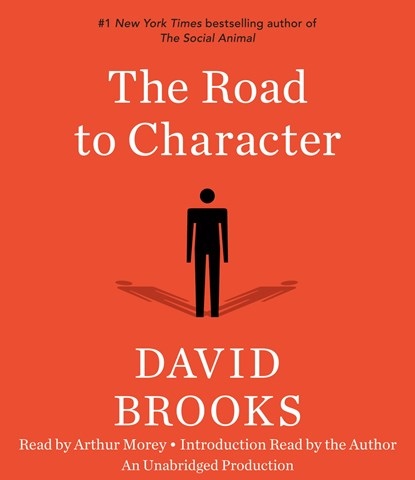 THE ROAD TO CHARACTER

In this intriguing and ably narrated audiobook, columnist and public television commentator David Brooks explores what it means to have true depth of character—the kind lauded in a eulogy rather than that listed on a resume. Brooks himself delivers the introduction, clearly and engagingly explaining how a career as a pundit, often rewarded for shallow cleverness, has made him yearn for more depth and significance. But how to achieve it? As read by Arthur Morey with lovely pacing and an interested inflection, he finds that one looks to those who have gone before. In mini-profiles of such varying people as General George Marshall, Dwight Eisenhower’s mother, Ida, and former football player Joe Namath, Brooks explores the traits that make us more than worthy. A.C.S. © AudioFile 2015, Portland, Maine [Published: APRIL 2015]