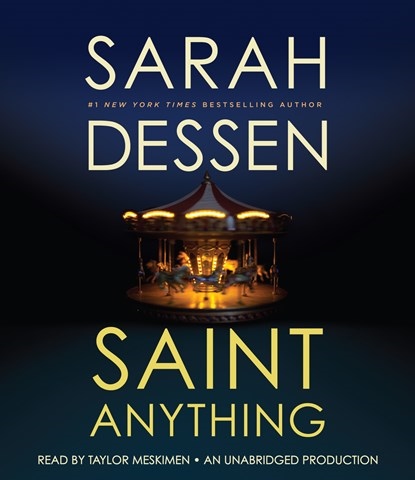 A book by Sarah Dessen never misses, and Taylor Meskimen’s narration is sure to be a hit. Sydney is a good kid, but she’s always lived in the shadow of her older brother, Peyton. Now that he’s serving a jail sentence for drunk driving, Sydney begins to develop her own identity. Meskimen delivers Sydney’s words with just the right emotion and expression, and characterizes her friends, Mac and Layla, well. Sydney’s parents and the concept of family are an important part of this story, and Meskimen portrays them realistically, giving Sydney’s mother both an assertive voice as she takes on a new project and a more resigned one when her relationship with Peyton falters. Sydney’s father is portrayed in a more distant tone. With its engaging story and narrator, this audiobook will keep listeners wanting to hear more. E.N. Winner of AudioFile Earphones Award © AudioFile 2015, Portland, Maine [Published: JUNE 2015]