Home»Reviews»WE ARE ALL MADE OF MOLECULES 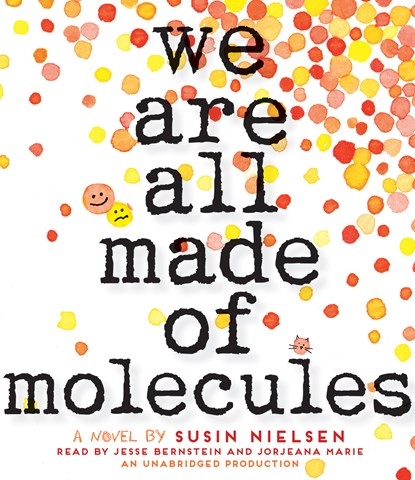 WE ARE ALL MADE OF MOLECULES

Narrators Jorjeana Marie and Jesse Bernstein flawlessly convey the alternating chapters in this outstanding YA novel. Thirteen-year-old Stewart and 14-year-old Ashley are thrown together when his dad and her mom blend their families. Two more opposite young people would be impossible to find! Bernstein's Stewart is articulate, caring, and grieving over the loss of his mother. Jorjeana Marie is a high-spirited Ashley, who struggles in school but is in the most popular social group. Both narrators deftly inhabit each character as Stewart helps Ashley accept her gay father and she helps him confront bullies at his new school. Listeners will become emotionally involved as Ashley and Stewart mature and grow to appreciate each other. S.G.B. © AudioFile 2015, Portland, Maine [Published: JUNE 2015]