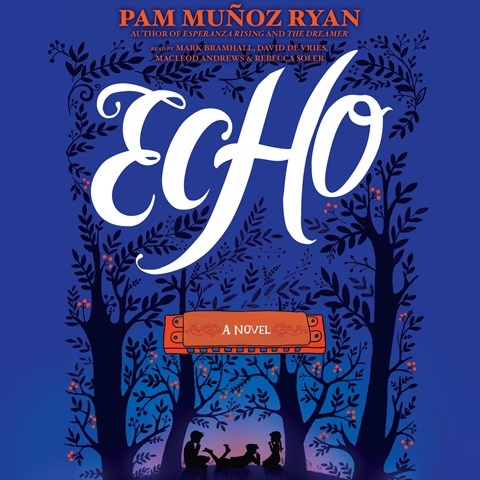 Music infuses this production as four narrators perform interlocked stories about children who encounter a magical harmonica in different time periods. Narrator Mark Bramhall sets the tone with his powerful, accented portrayal of Otto, a boy who gets lost in an orchard and first finds the magical harmonica before WWI. From there, David de Vries, MacLeod Andrews, and Rebecca Soler take listeners from Germany to Pennsylvania to California with distinctive performances that give a sense of place and life to characters struggling with the rise of the Nazi party, the Great Depression, and then WWII itself. A riveting exploration of that which destroys and that which heals. A.F. Winner of AudioFile Earphones Award, 2016 Odyssey Honor, 2016 ALA Youth Media Award, 2016 Audies Winner © AudioFile 2015, Portland, Maine [Published: JUNE 2015]