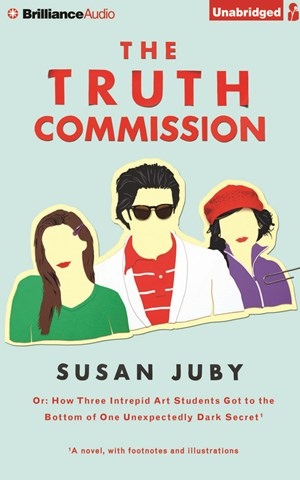 Normandy Pale is writing a creative nonfiction paper about her life. Narrator Kate Rudd weaves together Norm’s clever commentary, satiric humor, and breezy, erudite style. Norm’s paper is overwhelmed with footnotes—which are indicated with an electronic bleep—but has few mentions of her famous sister, a graphic artist. Soon the paper veers off to describe a project on honesty begun with her fellow students at their artsy school. When the lens of truth focuses on Norm’s family, particularly on her manipulative sister, Rudd increases emotional intensity. Rudd’s dramatization emphasizes Norm’s development from passivity to assertiveness as she learns to stand up for her beliefs. S.W. Winner of AudioFile Earphones Award © AudioFile 2015, Portland, Maine [Published: JUNE 2015]