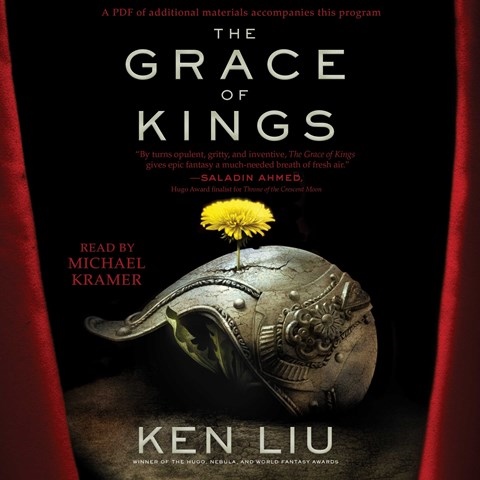 THE GRACE OF KINGS The Dandelion Dynasty

Synthesizing epic fantasy with ancient Chinese culture and lore is difficult enough to pull off on paper—it must also be approached with a considerable amount of familiarity and confidence to make it work on audio. Michael Kramer brings both to his performance of the first in Liu’s Dandelion Dynasty series. As audiobook listeners know, stories this large in scale can quickly become convoluted if the narrator fails to differentiate between characters, storylines, and tone. Kramer pays special attention to these pitfalls, and the resulting product is nuanced, sometimes emotional, and surprisingly personal overall. It’s clear that he believes in this new series, and his personal investment propels the experience of listening. N.J.B. © AudioFile 2015, Portland, Maine [Published: AUGUST 2015]