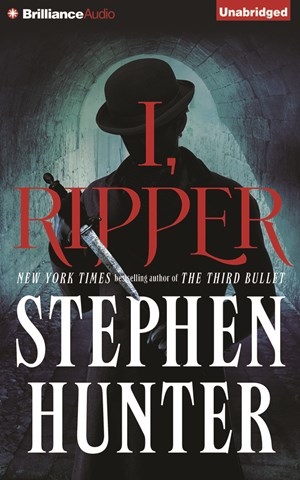 In London in 1888, as prostitutes ("Judys") are being butchered, a tabloid journalist named Jeb is assigned the story. Through the killer's diary entries, a prostitute's letters, and Jeb's comments, Michael Page's performance offers a mind-boggling assortment of characters and personalities. He convincingly takes listeners into the mind of the crazed killer the press calls Jack the Ripper. Page is frightening as a coolly determined Jack thrills at each murder, he's sharp-tongued as Jeb makes inappropriate (if often darkly funny) remarks, and he creates the ambiance of Whitechapel--the fog, the damp, and the desperation--through the unsent letters of a down-on-her-luck "Judy" to her mother. Stephen Hunter's descriptions are gruesome and historically accurate, and when Jeb reveals the monster's name, Page will make listeners believe it. S.J.H. © AudioFile 2015, Portland, Maine [Published: MAY 2015]