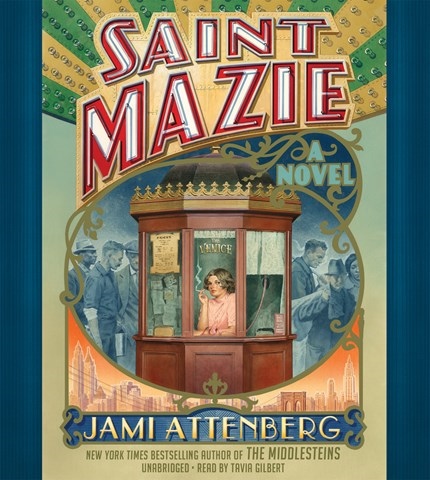 As always, Tavia Gilbert is a shining light as an audiobook performer. Her voice is as varied as the diverse cast of characters in this unusually structured novel. The Mazie of the title is a scrappy, independent woman; one follows her progress on gritty Depression-era streets through diary entries and other characters' accounts. At times, the transitions between these different narratives seem awkward or stilted. In addition, some details enlighten while others drag down the pacing by elaborating on peripherally important details. Overall, though, the story has its appeal--essentially it's a family saga that spans a motley cast populating New York City's Lower East Side. Gilbert's energy and alacrity with voices make this a notable listen. L.B.F. © AudioFile 2015, Portland, Maine [Published: MAY 2015]