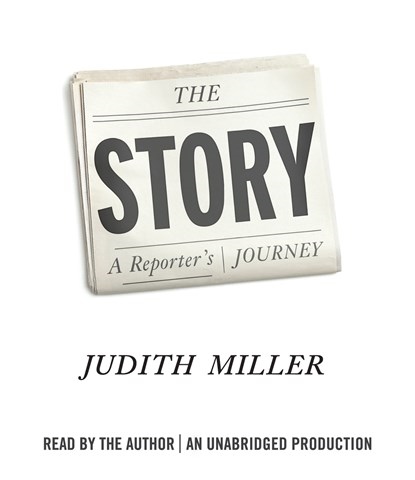 THE STORY A Reporter's Journey

Judith Miller is a familiar name in journalism circles, but hearing her tell the story of her long career will make even veteran reporters see her in a new light. Miller performance of her own audiobook lends a measure of credibility to the work. She speaks clearly and plainly about her rise to fame at the NEW YORK TIMES and her coverage of the wars in the Middle East, even when the accounts don't show her in a favorable light. Some of the revelations are eye-openers and a bit disappointing to people who consider the venerable TIMES to be the bastion of journalistic integrity. To her credit, she doesn't shy away from uncomfortable revelations and delivers the story of her career with the professionalism her readers would expect. No bells and whistles, just the facts. M.S. © AudioFile 2015, Portland, Maine [Published: JUNE 2015]