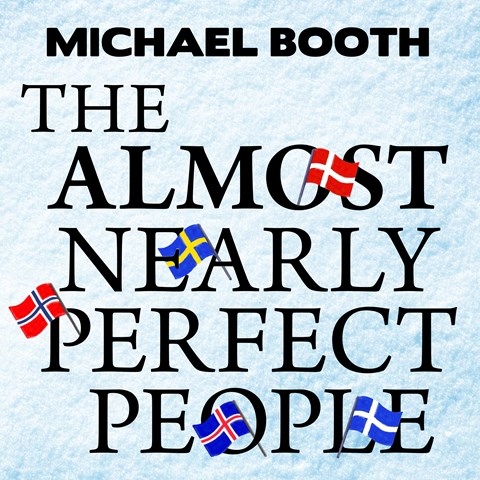 Narrator Ralph Lister does a splendid job covering this informative and often humorous look at Sweden, Denmark, Norway, Finland, and Iceland. Booth, an English journalist who is married to a Dane and has lived in Denmark for many years, decided to see if the Nordic people are as happy as surveys conducted year after year say they are. Are they happy or merely content, or have the surveys become self-fulfilling? Lister's sterling pronunciation of personal and place names as well as regional terms adds to the feeling of being in each distinct country. He remains evenhanded as he reveals Booth's personal views and deftly shares his self-deprecating humor. Most fascinating are the many insightful quotes from government officials, ordinary folks, and immigrants. S.G.B. © AudioFile 2015, Portland, Maine [Published: MAY 2015]