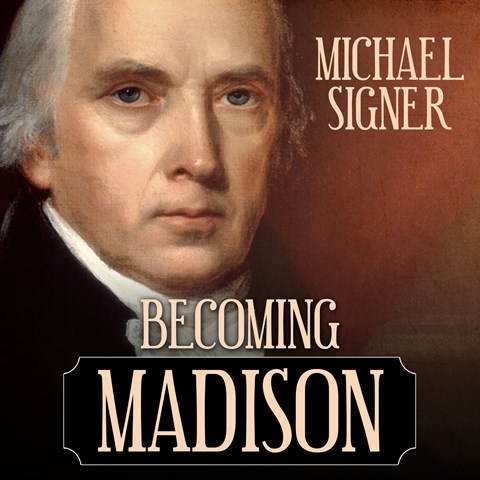 David Colacci splendidly narrates Signer’s discussion of how James Madison—a relative unknown compared to Jefferson, Washington, and Adams—operated in the political sphere. Signer’s account describes in detail Madison’s youth and education as well as his contributions to the Constitutional Convention of 1787, particularly his successful efforts on behalf of the federalists, which culminated in the ratification of the Constitution. The author also looks at Madison’s contemporaries, especially Patrick Henry, using Henry as a foil to Madison. Colacci’s baritone voice is expertly modulated, and his pacing is easy to follow and engaging. M.T.F. © AudioFile 2015, Portland, Maine [Published: JULY 2015]