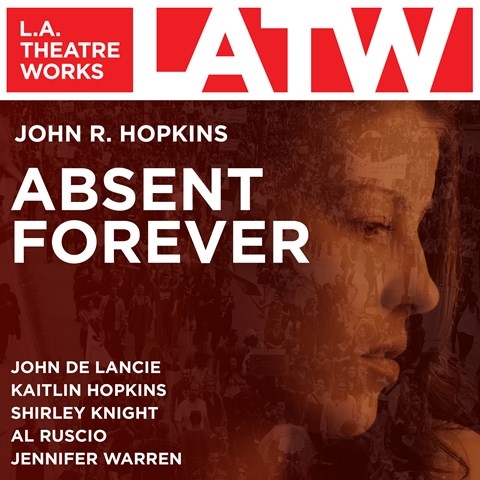 In a voice laden with parental concern, Shirley Knight portrays a mother who is searching for her college-age daughter in the aftermath of a violent campus demonstration. No answers are forthcoming from her younger daughter, who is portrayed by Kaitlin Hopkins (Knight's and playwright John Hopkins's real-life daughter), and the authorities aren't talking. As the charming but tight-lipped police detective, character-actor Al Ruscio adds a sinister calm to the proceedings, which are reminiscent of the film MISSING by Costa-Gavras or George Orwell's 1984. Written in 1987, this taut and dark work was one of Hopkins's last plays and reflects a career of working with Cold War and dystopian themes. In this world, for a parent--no answer might be the worst answer of all. B.P. © AudioFile 2016, Portland, Maine [Published: JANUARY 2016]