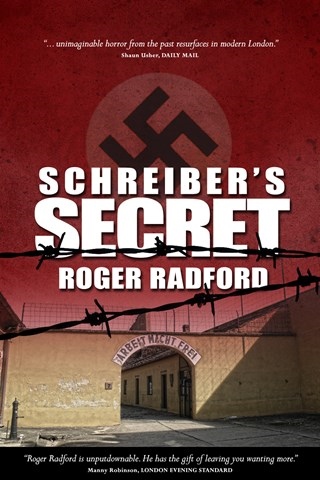 Roger Radford opens his remarkable novel in 1940s Czechoslovakia, and Nigel Patterson’s keen ear and impeccable diction give insights into the prevailing attitudes of the period. Theresienstadt, in northwestern Bohemia, served as a way station for Jews who were headed to the extermination camps. It was also a prison camp where Jewish inmate Herschel Soferman suffered starvation, brutality, and hideous tortures at the hands of a sadistic psychopath, SS officer Hans Schreiber. Schreiber had a singular killing ritual and, 50 years later, corpses begin turning up in London, murdered in the same way. Can Schreiber be alive? Patterson is at ease with the time shifts and flashbacks. He delivers all the right head-spinning twists and breathtaking turns, while his wholly credible characters stay with you long after you unplug. S.J.H. Winner of AudioFile Earphones Award © AudioFile 2015, Portland, Maine [Published: AUGUST 2015]