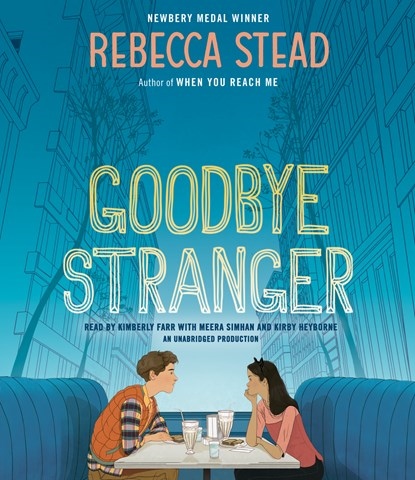 This story, told from multiple points of view, translates beautifully to audio. Kimberly Farr provides the main narration from the point of view of middle schooler Bridge, while Meera Simhan performs chapters in the second person that follow an unnamed high schooler who is skipping school on Valentine's Day, and Kirby Heyborne reads letters that Bridge's new friend, Sherm, writes to his estranged grandfather. Farr captures Bridge's intelligence as well as her naïveté as she watches her friends take risks she doesn't quite understand and ponders her own changing feelings for Sherm. Simhan adds sharpness and worldliness to the Valentine's Day chapters while Heyborne focuses on Sherm's steadiness along with his vulnerability and hurt. The whole is an absorbing exploration of friendship, betrayal, and forgiveness that sounds exactly like middle school. A.F. © AudioFile 2015, Portland, Maine [Published: AUGUST 2015]