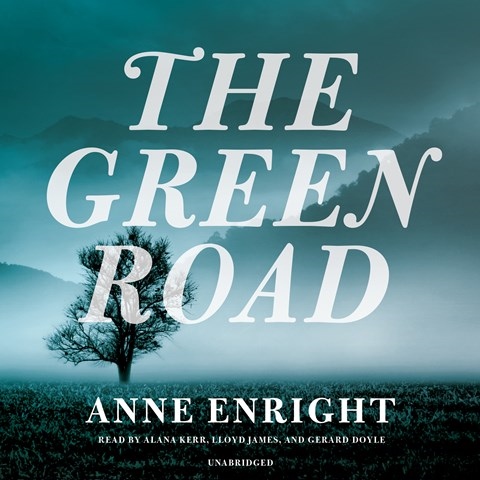 Listeners follow the Madigan family as they cope with questions of self-identity, intimacy, and the matriarch's aging. Alana Kerr uses a light Irish accent to narrate the chapters about the widowed mother and her daughters, one a natural caregiver and the other who is battling personal demons. Soft-spoken Lloyd James and the gruffer Gerard Doyle narrate the sections about the brothers, one coming to terms with his sexuality and the other an aid worker in Africa. Sadly, this rocky novel is not helped by the audiobook production. In particular, the choice of three performers with disconcertedly mismatched accents for five characters from a single family is odd. Listeners would have been better served by a solo narrator or a male-female duo with similar accents. C.B.L. © AudioFile 2015, Portland, Maine [Published: JULY 2015]