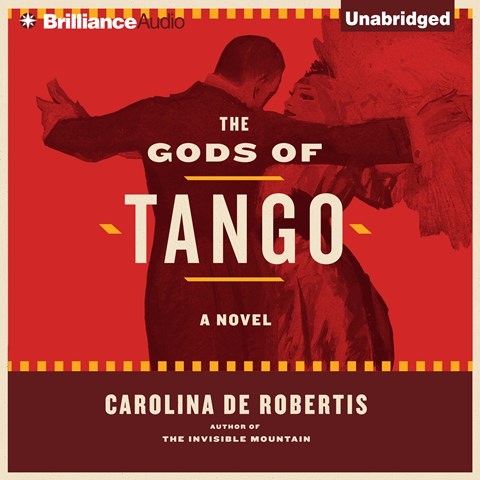 THE GODS OF TANGO

De Robertis brings a beautiful voice to the history and intensity of the tango in this coming-of-age romance of early-twentieth-century Buenos Aires. The 17-year-old heroine finds her way in the world of tango--strictly limited to men--by assuming the persona of her late husband. None of the passion is lost in De Robertis's narration. Character differentiation is almost flawless, and De Robertis's accent adds much to the flavor of the setting and the characters. The transvestite star of the story, Leda/Dante, is well handled as she switches between genders. De Robertis's narration is so good that, while there are technically no voicings, each character seems almost as distinct as those performed by a narrator using multiple voices. M.C. © AudioFile 2015, Portland, Maine [Published: JUNE 2015]