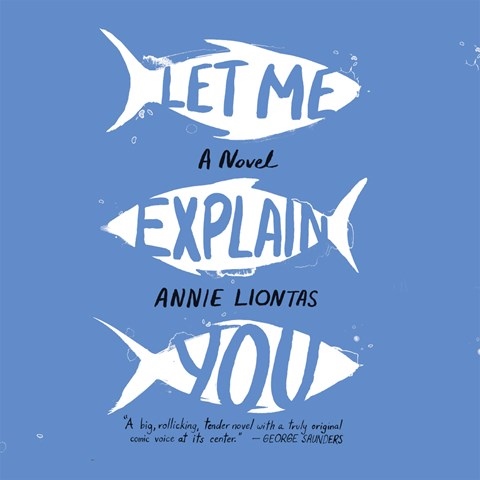 LET ME EXPLAIN YOU

Stavros Mavrakis has a nightmare about a goat. The next day a goat appears in his New Jersey diner. Stavros is convinced it’s an omen and that he’s going to die in 10 days. Narrator Robertson Dean makes the growling, coarse, often crude Stavros as appealing as possible. Dean faithfully delivers Stavros’s infuriating behaviors, patriarchal tyranny, and biting comments and shines when expressing Stavros’s wry outsider’s observations. He deftly creates Stavros’s second-generation Greek-American daughters, late wife, and black mistress with the slightest shifts in voice and attitude. The story is engaging with its inevitable immigrant-curmudgeon/next-gen conflict and thoughtful reflections about ethnicity and family. But it’s Dean’s sensitive performance that keeps the novel from slipping into caricature. S.J.H. Winner of AudioFile Earphones Award © AudioFile 2015, Portland, Maine [Published: AUGUST 2015]