Home»Reviews»MY GRANDFATHER WOULD HAVE SHOT ME 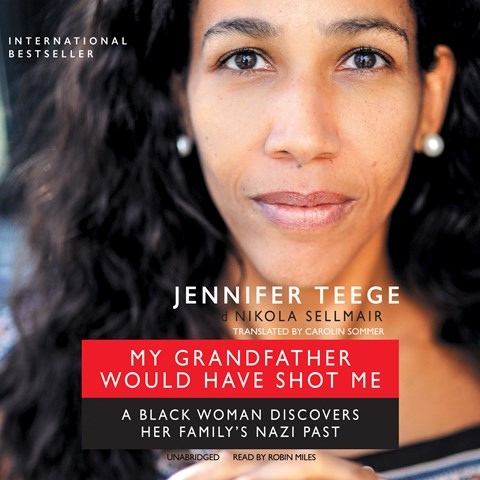 In her 30s, Jennifer Teege, a German-Nigerian, was shocked to discover that her grandfather was the infamously vicious Amon Goeth, a Nazi commandant who is remembered today because of his portrayal by Ralph Fiennes in SCHINDLER'S LIST. Robin Miles's narration is engaging and easy to listen to, with tonal variation that helps to convey the fascinating story to the listener. However, it's difficult to distinguish the transitions between sections in which Teege is telling her own personal story from those in which narrator Nikola Sellmair contributes family and historical background. Some form of audio demarcation for these sections would have been of help in following the thread of this engrossing story. S.E.G. © AudioFile 2015, Portland, Maine [Published: AUGUST 2015]