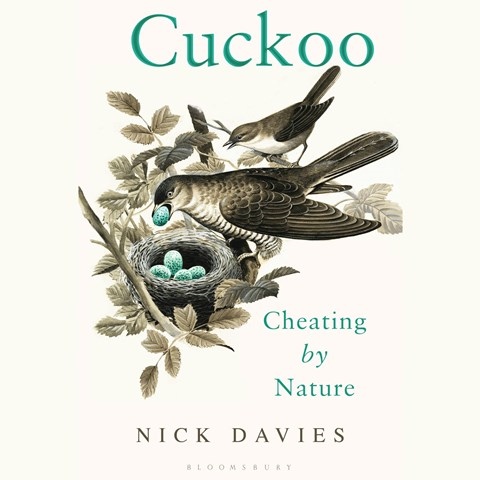 The cuckoo lays her egg in the nest of another bird, swallows one of the host's eggs, and flies off within just a few seconds. When the cuckoo chick hatches, it tosses the other eggs or chicks out of the nest, demanding all the food. Narrator David Thorpe delivers this nature detective story with an appropriate sense of wonder, amusement, and approachable professorial authority. British scientist Nick Davies has been observing and conducting experiments for decades to reveal the evolutionary race between the cuckoo's cheating by nature and the host birds' defenses. Thorpe channels Davies's obvious enjoyment in his chosen profession and in the Wicken Fen, where he explores. Both appear to be having a whale of a time, and the enthusiasm is infectious--science this accessible is a pleasure. A.B. © AudioFile 2015, Portland, Maine [Published: AUGUST 2015]