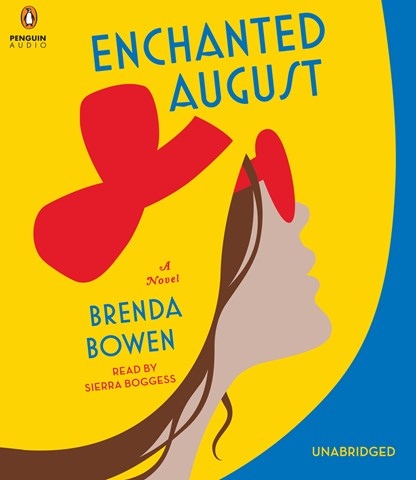 Sierra Boggess seems entirely too happy narrating this quirky, smart updated version of THE ENCHANTED APRIL, Elizabeth von Arnim's 1920s novel. Two women with marital problems spot an ad for a rental house on Little Lost Island in Maine. They add two others to help defray the cost, an aging gay gentleman and an actress hiding from a recent national gaffe. These four strangers spend August in an enchanted place, finding themselves and healing from some of life's hurts, all the while ricocheting between amusing and pulling on the heartstrings of the listener. Boggess uses slight differences in her character portraits, none of which are particularly outstanding, but the material is so good and her narration so enthusiastic that the overall listening experience is enjoyable. A.C.P. © AudioFile 2015, Portland, Maine [Published: AUGUST 2015]