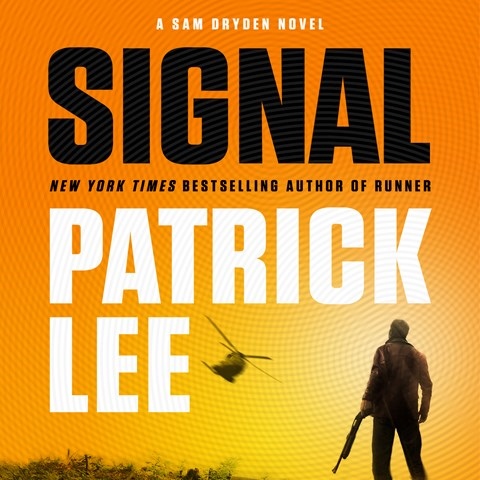 Former Special Forces agent Sam Dryden returns with gusto, thanks to the robust voice of narrator Ari Fliakos. When Sam is suddenly pressed into service by his old friend Security Specialist Claire Dunham, they desperately attempt to stop a deranged rapist from burning up his remote home with four kidnapped girls trapped inside. Or has the inferno already occurred? Fliakos nails the macho side of Sam and expresses Claire’s bewilderment as they chase down a veritable time warp created by an astonishing radio signal technology. Fliakos is mostly straightforward in the dialogue; he credibly depicts Sam’s frustration as he strives to learn which players he can trust. Narrative is his forte though. In particular, he adds intensity to the fast-paced chase scenes. N.M.C. 2016 Audies Finalist © AudioFile 2015, Portland, Maine [Published: OCTOBER 2015]