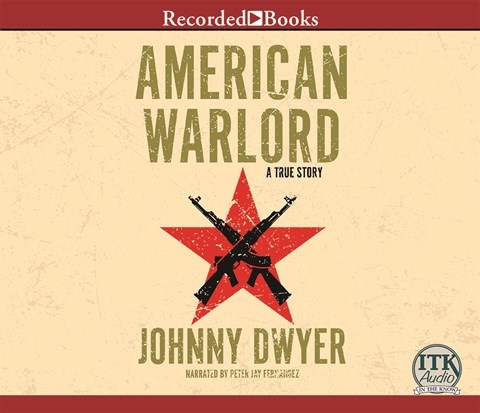 How did a young man raised in the Orlando area end up the commander of the notorious Anti-Terrorist Unit (ATU) in Liberia, with a vicious and murderous reputation for human rights violations? Journalist Johnny Dwyer provides a thorough history of Charles "Chuckie" Taylor, Jr., the son of Liberia's infamous former president, Charles Taylor. Narrator Peter Jay Fernandez is the voice for this compelling history of Chuckie's family background, the turbulent political and military history of the region of Liberia, and the atrocities Chuckie committed. Fernandez speaks at a measured pace and evinces a gentle African accent for the Liberians in the story. His reading of Chuckie's rap lyrics between chapters is slightly awkward but helps the listener to mark transitions in the work. S.E.G. © AudioFile 2015, Portland, Maine [Published: AUGUST 2015]