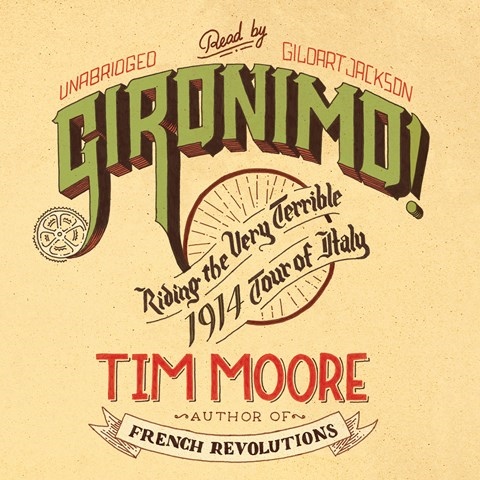 Retracing a 1914 route of more than 3,000 kilometers through Italy with a century-old bicycle sounds painful. That's especially true with this audiobook because narrator Gildart Jackson gives Moore's first-person travelogue a sarcastic, self-deprecating tone that might lead some listeners to expect that the endeavor was a failure. However, it gradually sinks in that Moore is going to make it. He's competed in the Tour de France, after all, and, somewhere in middle age, he's not quite as old as the bike. It's not a smooth ride; repairs, traffic, and a leg freezing up are among Moore's troubles. Toward the end, the droll self-mockery gives way to reveal Moore's pride in completing the tour on a bike he refurbished himself. Listeners probably won't want to try Moore's journey themselves, but listening is fun. J.A.S. © AudioFile 2015, Portland, Maine [Published: NOVEMBER 2015]