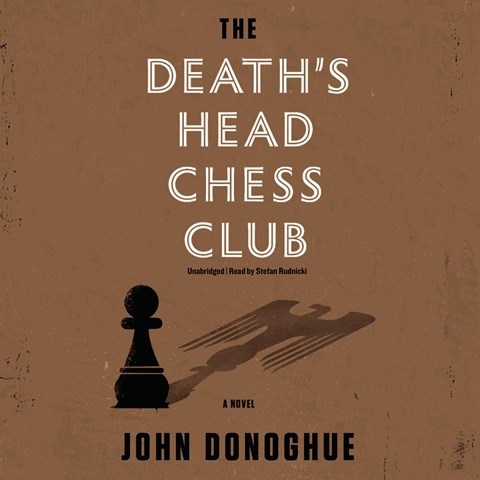 Stefan Rudnicki’s voice is so deep that at times he sounds as if the turntable is running slightly slow, but this is not a drawback, believe me. He performs this deeply absorbing, tensely plotted novel with exquisite skill—never overplaying, never failing in attention—and his somber baritone has exactly the right gravity for the material. The novel moves back and forth between a World Chess Championship tournament in Amsterdam in 1962 and a period when the lives of the three main characters entwined once before, in 1944 in Auschwitz. Not surprisingly, the story explores issues of guilt and whether forgiveness or understanding accomplish anything, and of luck, skill, courage, and the presence (or not) of God in the world. Oh, and chess. Pretty much un-turnoffable. B.G. Winner of AudioFile Earphones Award © AudioFile 2015, Portland, Maine [Published: SEPTEMBER 2015]