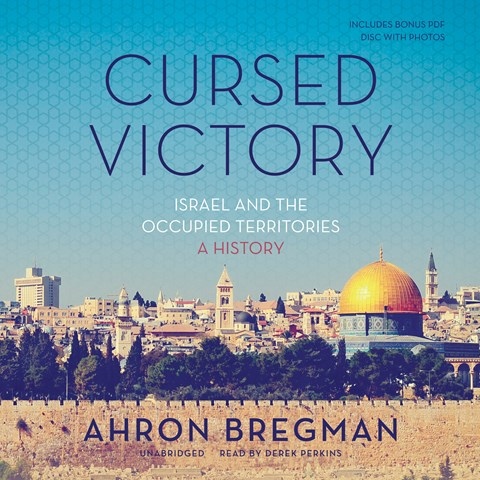 CURSED VICTORY Israel and the Occupied Territories: A History

Narrator Derek Perkins's clear, strong voice has an edge that reinforces the harshness of Bregman's historical discussion of Arab-Israeli relations from 1967 to 2007. The author, a former Israeli military officer, seems cynical and hostile toward his native land, justifiably or not, in this brisk but information-laden history. Perkins's edgy tone provides a service to the text, in representing it truly, and a disservice, since a softer tone might have made Bregman's work seem more evenhanded. Despite Perkins's almost brusque manner, his admirable reading, like the book itself, is clear, intelligent, incisive, and briskly paced. But between the tone of the text itself and the narration, those who have not made up their minds against Israel may be put off. W.M. © AudioFile 2015, Portland, Maine [Published: JULY 2015]