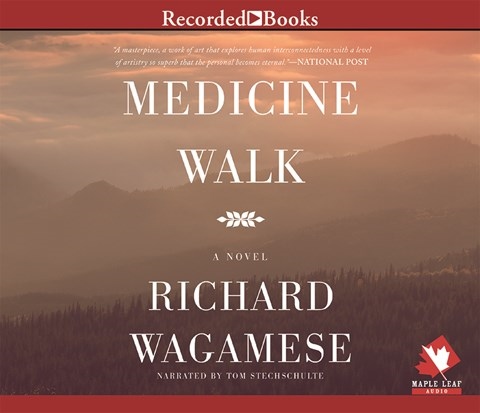 Tom Stechschulte's skill in voicing the cadence of Native American characters makes him the perfect narrator for this breathtaking novel about a teen and his alcoholic father, both of Canada's First Nations. Sixteen-year-old Franklin Starlight has been raised by an old man who has taught him to respect the abundance of nature. When Frank is summoned for a visit with his real father, he encounters a man who returned from service in Korea with PTSD and is now dying from years of drinking. Stechschulte sensitively portrays the boy's vulnerability and deep cynicism as the pair embark on a horseback trip into the precipitous backcountry, seeking a burial place for the dying man. The exquisite, almost lyrical, prose is beautifully rendered by Stechschulte as the story takes the listener on a journey of physical struggle and personal redemption. N.M.C. © AudioFile 2015, Portland, Maine [Published: JULY 2015]