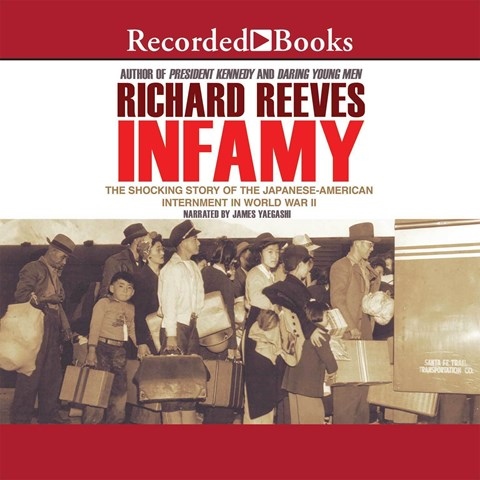 The topic of the U.S. internment of 120,000 Japanese people, both Americans and aliens, during WWII is a painful and shameful chapter of our history, yet reader James Yaegashi performs this work primarily without rancor. A Japanese-American himself, Yaegashi succinctly tells the story of racial hatred, fear, and greed as American citizens were forced to leave their homes and herded into camps that ranged from primitive to putrid. There is a tinge of pride in his voice when he talks about the loyal Japanese-Americans who willingly submitted to the camps for the greater good of their adopted country. And there is perhaps a touch of anger when Yaegashi tells about the greedy people who preyed on the internees, offering to buy their homes and possessions for pennies. M.S. © AudioFile 2015, Portland, Maine [Published: JUNE 2015]