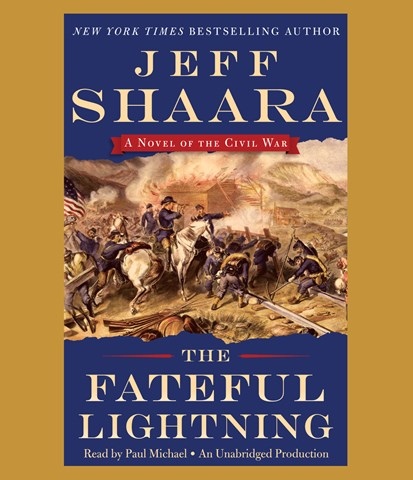 THE FATEFUL LIGHTNING A Novel of the Civil War

How does an author make history interesting? By turning it into a historical novel read by a masterful narrator such as Paul Michael. This fascinating book about the final months of the American Civil War looks deeply into the minds and hearts of enemy generals William Tecumseh Sherman and his Confederate counterpart, Joseph Johnston. While many history books give only dry exposition of the battles, strategies, and events, this one gives the characters personality. They live through conversations and observations created by the author but based on what is known about the men and their characters. This third part of Jeff Shaara's Civil War trilogy adds a great deal to one's understanding of the war that divided the nation. M.S. © AudioFile 2015, Portland, Maine [Published: AUGUST 2015]