Home»Reviews»A GIRL IS A HALF-FORMED THING 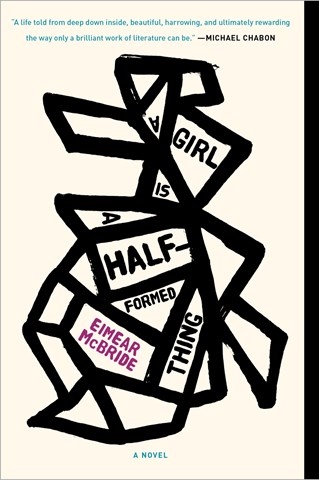 A GIRL IS A HALF-FORMED THING

Given that she absolutely has the skill to do it, the author’s intense, high-pressure performance of this ambitious book is its best possible version because the text is all voice, expressing half-formed thoughts and half-understood impulses in half-formed sentences, and it’s the confusion, anger, yearning, or grief behind the broken language that tells the story. The unnamed narrator is talking in her head to her much-loved, damaged brother. The shattered dialogue, which might have been written as a performance piece, mirrors the inchoate ways the girl responds to devastating events. If the radio dial served up audiobooks instead of music, this one would not be on the easy listening station, but it is rich, original, and haunting, the performance wrenching. You won’t forget it. B.G. Winner of AudioFile Earphones Award © AudioFile 2015, Portland, Maine [Published: SEPTEMBER 2015]