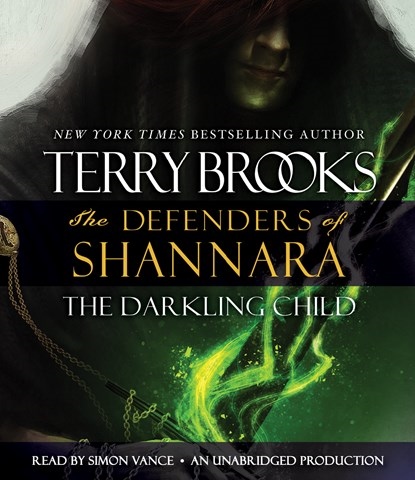 THE DARKLING CHILD The Defenders of Shannara

In the second in the Defenders of Shannara series, main character Arcanan, a sorcerer and a villain to be reckoned with, has focused his attention on a young minstrel whose “wish song” is undeveloped and its power uncontrolled. Returning to the series, narrator Simon Vance is comfortable with the Druids and their protectors, who set out to help the boy. Vance maintains listener interest through the expansive range of voices he provides for the new characters and the many recurring ones. He also uses pace to good effect in the dialogue and in the magical battles. Listeners will hear him as a storyteller who has many secrets to tell. J.E.M. © AudioFile 2015, Portland, Maine [Published: AUGUST 2015]