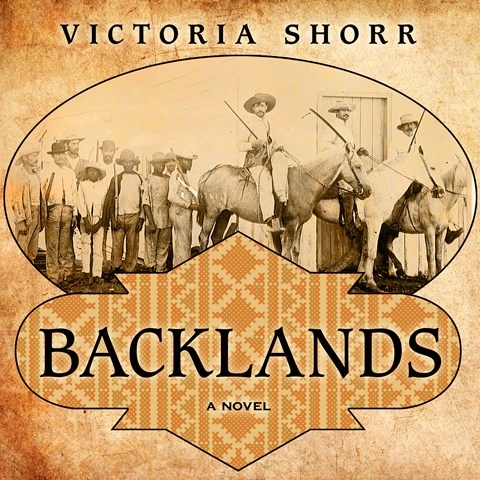 Lampiao (Virgulino Ferreira da Silva, 1897-1938), a Brazilian outlaw, ruled the Sertao, a rural area in northeastern Brazil, between 1922 and 1938. Carla Mercer-Meyer narrates this fictional memoir of the life of Lampiao and his wife, Maria Bonita. At its core, BACKLANDS is a timeless tale of the conflict between outlaws and lawmen. Mercer-Meyer's voice is soft as she reads the narrative, sharply enunciating the Portuguese words and Brazilian terms. Dialogue is performed with subtle inflections and softer tones for the women's voices. Mercer-Meyer's laconic performance echoes the endlessly hard, difficult life in the Brazilian Backlands. Told in loosely connected vignettes that drift back and forth between 1922 and 1938, the story is such that listeners must pay careful attention or risk getting lost in the Backlands. M.B.K. © AudioFile 2015, Portland, Maine [Published: OCTOBER 2015]