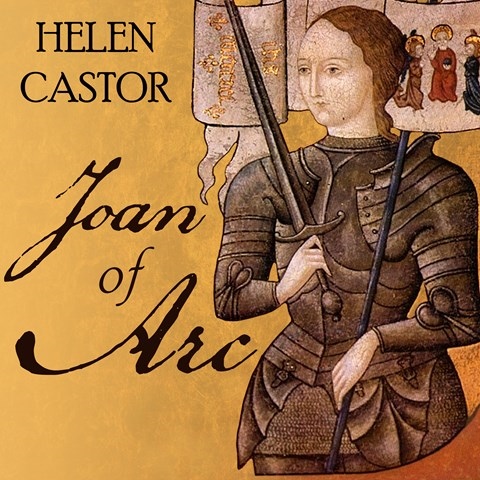 JOAN OF ARC A History

Anne Flosnik's graceful, dignified voice is perfectly appropriate for Joan the Maid. Flosnik's French accent is flawless, and she rolls through place names without hesitation. Helen Castor's history of Joan places her in the political context and violent conflicts of her time. It's complicated and can be confusing, but the best approach is just to listen and soak up the environment. Joan famously answered the call of God to lead a French army in waging war against the English while wearing a man's clothing. Her life may have been short, but martyrdom and canonization made her into what Castor calls a "massive star." Castor includes lengthy transcripts from Joan's trial, and Flosnik employs a slightly lower and quieter tone for Joan's testimony in her own defense. A fine performance. A.B. © AudioFile 2015, Portland, Maine [Published: DECEMBER 2015]