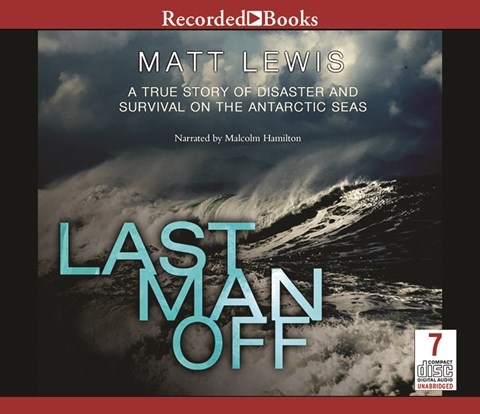 Matt Lewis is newly graduated as a marine biologist from a Scottish university and unemployed when he gets a job as an observer aboard the SUDUR HAVID, a South African ship fishing for Chilean sea bass in Antarctic waters. Narrator Malcolm Hamilton delivers Lewis's sickened inner voice at his first sight of the rust bucket of a ship. It looks no better on the inside, what with missing and locked-up safety equipment, cramped quarters, and tension among crew members. Hamilton deftly captures the accent of the South African crew members. But it is his narration of the hours spent aboard leaky life rafts that is particularly effective and may induce a certain amount of roiling nausea in the listener, even if Lewis himself doesn't get seasick. A.B. © AudioFile 2015, Portland, Maine [Published: JULY 2015]