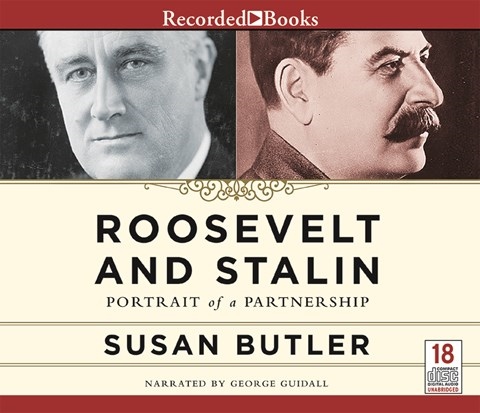 ROOSEVELT AND STALIN Portrait of a Partnership

George Guidall's voice--slightly gravelly, well aged, cultured but genial--is immediately likable, and he brings intelligence and expressiveness to his narration of this intensely detailed, sometimes revisionist, history of Russo-American relations in WWII. But the performance does have its flaws. His pace is a beat slow to start, though he picks it up admirably. His sentence modulations tend to fall into patterns that can become distractingly repetitous. Unexpected pauses and over-energized quotations add further distractions. Still, the reading is engaging enough to carry listeners through even the occasional numbingly detailed accounts of meetings of the war leaders. W.M. © AudioFile 2015, Portland, Maine [Published: AUGUST 2015]