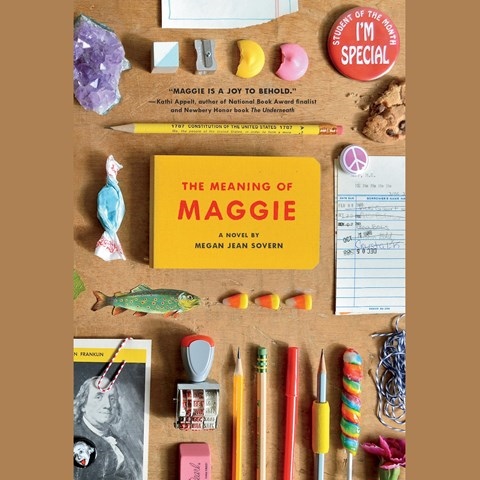 THE MEANING OF MAGGIE

Maggie Mayfield's tumultuous family life is skillfully depicted through the masterful pacing and vocal modulation of narrator Thérèse Plummer. A straight-A student with loads of self-confidence, Maggie writes her memoir in order to capture everything that's happened in the past year. What's going on is that her father has multiple sclerosis, but it's 1988, and her former-hippie parents elect to keep this fact from her for as long as possible. So when the disease takes a turn for the worse, Maggie is completely unprepared. Plummer expertly mines the depths of emotion of each family member, and her portrayal of Maggie is a tour de force. Listeners will long remember this remarkable child and her fascinating family. S.G. Winner of AudioFile Earphones Award © AudioFile 2015, Portland, Maine [Published: MAY 2015]