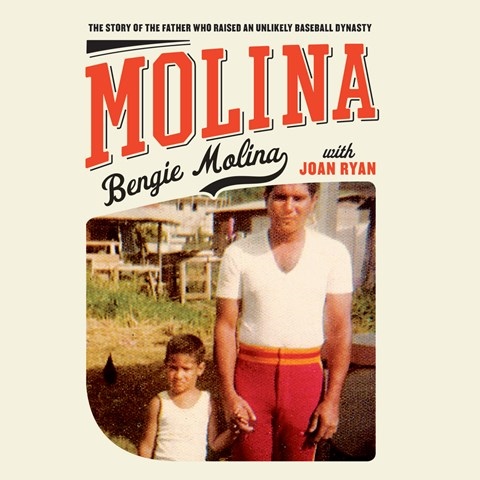 Narrator Henry Leyva is beautifully faithful to the heartfelt emotion that Bengie Molina wraps into his memoir of struggling to enter the big leagues of baseball, of marital unhappiness and finding new love, and, most importantly, of striving for the approval of his father, Pai. Bengie, and his brothers, Jose and Yadier, grew up in Puerto Rico; were all coached by their father; and all became big-league catchers with World Series rings. Leyva seamlessly transitions between English and Spanish, adding to the authentic atmosphere of the story. Bengie always believed that Pai himself wanted to be a baseball star, but after his unexpected death, learns his real motivation was always family. To Bengie, it's no surprise that Pai produced three catchers--the caretakers of the team and protectors of home base. A.B. © AudioFile 2015, Portland, Maine [Published: AUGUST 2015]