Home»Reviews»THE WAKE OF THE DRAGON 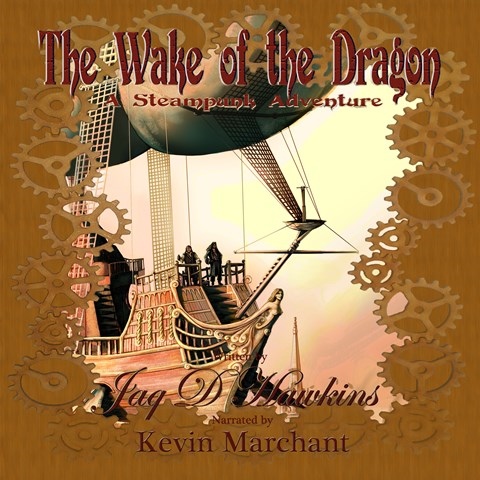 THE WAKE OF THE DRAGON A Steampunk Adventure

Soar into summer listening with this high-flying adventure featuring pirates, several pounds of stolen opium, and one impressive dirigible called THE DRAGON. As the story unfolds in gritty eighteenth-century England, Kevin Marchant slips into the aristocratic lilt of Captain Bonny as easily as he takes on the swarthy tones of a pirate. The addition of expertly placed sound effects—from the whoosh of the wind to the soft mewing of a cat—do much to immerse listeners in the world of the airship. The mostly male characters are kept on edge by the mysterious air goddess, Aide, and one feisty redhead, Ann, who is bound to make off with the dashing Captain Bonny's heart as part of the stolen cargo. E.E. Winner of AudioFile Earphones Award © AudioFile 2015, Portland, Maine [Published: AUGUST 2015]