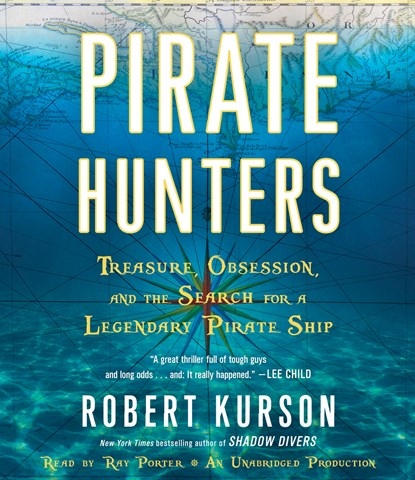 PIRATE HUNTERS Treasure, Obsession, and the Search for a Legendary Pirate Ship

Narrator Ray Porter’s deep, resonant voice works well with this swashbuckling story of two pirate ship hunters, John Chatterton and John Mattera, who are hot on the trail of a famous seventeenth-century wreck that was captained by one of the most notorious pirates that few people have ever heard of, Joseph Bannister. The story’s twists and turns take the two around the globe, but they don’t succeed in their endeavor until they start thinking like pirates themselves. Porter gets excited when the action calls for it and does enough with his character voices to keep things interesting. R.I.G. © AudioFile 2015, Portland, Maine [Published: JULY 2015]