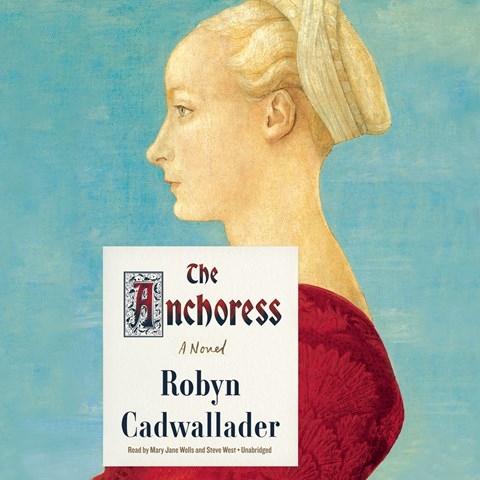 One of the little known aspects of medieval religious life is the existence of "anchorites," devotees who retired from general life and literally walled themselves into church structures. Mary Jane Wells and Steve West narrate the story of an anchoress and the priest who is her confessor. Both do an admirable job of bringing out the true natures of their characters and mirroring the understated quality of the story itself. For some listeners, this understatement may translate to a lack of excitement--and, admittedly, the plot can be slow at times--but this is a story that is well told, not only by the author but by both narrators as well. J.L.K. © AudioFile 2015, Portland, Maine [Published: JULY 2015]