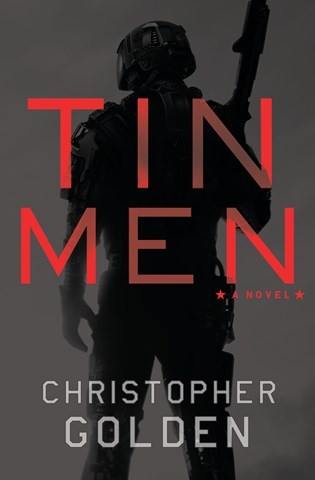 In the future, American soldiers fight on the front lines not with their bodies, but with robotic avatars that are controlled remotely from a high-security subterranean base in Germany. They're called the Remote Infantry Corps, or, more informally, "Tin Men." Narrator Stephen Mendel's gravelly voice is well suited to the gritty plot of this sci-fi. He balances the extremes of cold professionalism and high emotion as the characters find themselves facing a disaster of cataclysmic proportions when a human terrorist finds the weak link in the seemingly invulnerable robotic forces. The diverse characters have Mendel tackling everything from Arabic accents to Texas drawls. His female voices, while not as varied, carry a lighter tone that is convincing but not patronizing. An utterly compelling listen. E.E. © AudioFile 2015, Portland, Maine [Published: OCTOBER 2015]