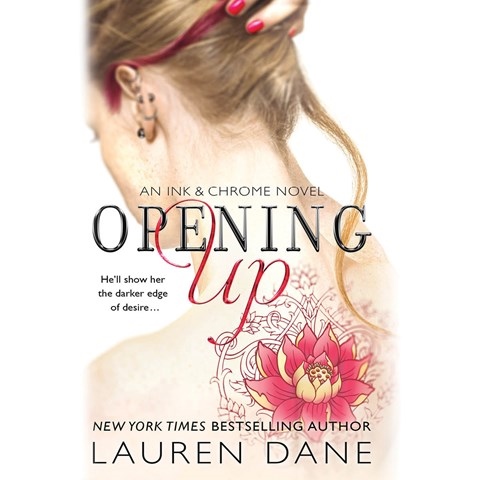 PJ Colman is heart-attack serious about Asa Barrons, but Asa worries about PJ’s age and his own intense sexual demands. PJ may be just 23, but she knows her own mind, and Asa soon realizes his good fortune. Narrator Sasha Dunbrooke develops the sexual banter between PJ and Asa, along with hints of PJ’s mischievous nature. Dunbrooke smoothly integrates the BDSM-lite sex scenes with controlled pacing and intensity. As PJ establishes herself in the specialty car industry, she faces epic family drama. Dane uses short, choppy phrases, which Dunbrooke confidently delivers as emphatic statements of strong emotion. Some female voices are difficult to differentiate in conversation, but Dunbrooke makes up for it with Asa’s sexy-as-hell alpha-male tones. C.A. © AudioFile 2015, Portland, Maine [Published: AUGUST 2015]