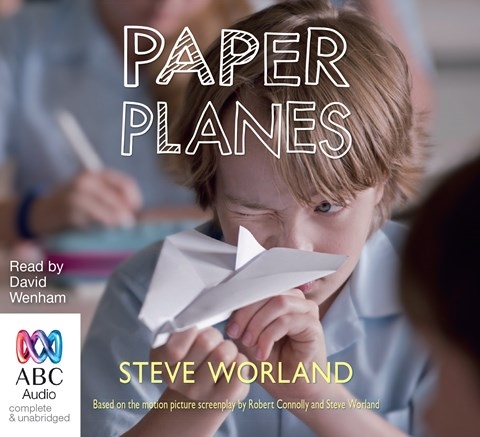 Capturing the vibrant, soaring emotions of an Australian boy, narrator David Wenham propels listeners through several weeks in the life of Dylan Webber as he strives to win an international paper airplane competition. Worland's depiction of the competition's rigors is juxtaposed with the continuing struggle of Dylan and his father to support each other in the wake of his mother's death. Balancing dialogue and a diverse cast of characters against serial internal monologues, Wenham manages to depict the ups and downs of competition while keeping this story grounded in the emotions of Worland's characters. Wenham's pacing and characterizations are particularly strong in his vivid descriptions of paper plane flights and his portrayals during intimate scenes between people. An energetic, inspiring listen. K.S.B. © AudioFile 2015, Portland, Maine [Published: AUGUST 2015]