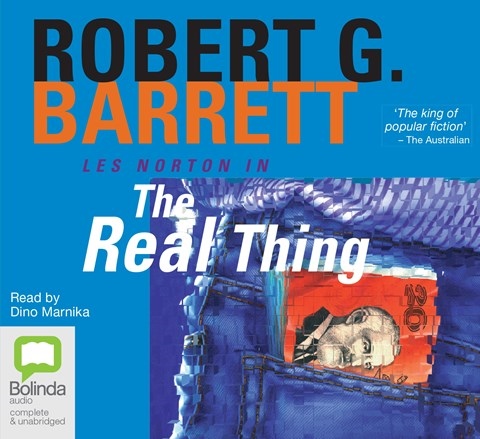 Narrator Dino Marnika shines in this early installment in the Les Norton mystery series. Norton works security at the Kelly Club, an illegal betting establishment in Sydney. Marnika's superb Australian accents and unusual voices add interest and authenticity to the story. Two cops warn Norton's boss that a hit man is out to get him, but they can't do much to help. Listeners are given a creepy look at Eddie Solita, Norton's supervisor, who takes his wife and kids to the beach, where he finds a poisonous plant that will kill the would-be murderer before he strikes first. Amid this is gravelly voiced Norton learning his trade, doing some surfing, drinking heavily, and "fighting off" wealthy divorcée Patty Franks, who constantly puts the move on the poor guy! S.G.B. © AudioFile 2015, Portland, Maine [Published: AUGUST 2015]