Home»Reviews»THE OLD MAN AND THE KING: THE WAYS OF THE STREET 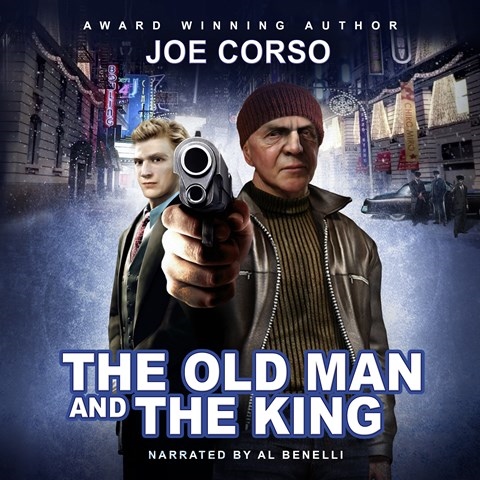 THE OLD MAN AND THE KING: THE WAYS OF THE STREET

This entertaining thriller features an improbable hero, Lom, a 72-year-old Korean war veteran who's still a crack shot. He quickly sets out to save Toby, the king of a fictitious country who's hiding out in Lom's favorite diner after dodging an attempted assassination on a New York City street. Narrator Al Benelli portrays the male characters in this slightly wacky story with verve and a spirit of adventure. He sets the stage for Lom's adventures with a fluid delivery and excellent pacing. Further, his interpretations intensify the political machinations and international chicanery in the king's fictitious country. He intensifies the brutality of the mobster and his hired killers and sounds fittingly concerned as Lom's girlfriend, Martha. Overall, Benelli presents a completely entertaining audio. S.C.A. Winner of AudioFile Earphones Award © AudioFile 2015, Portland, Maine [Published: SEPTEMBER 2015]