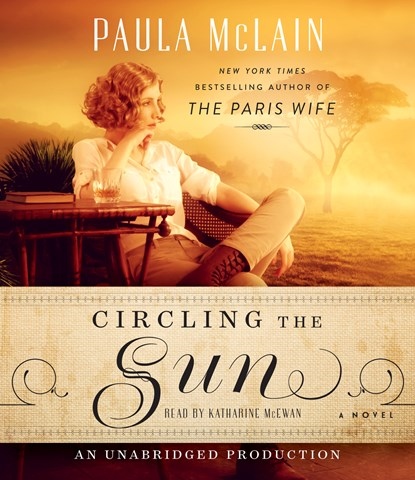 Aviator Beryl Markham’s (1902-1986) solo flight across the Atlantic in 1936 earned her worldwide attention. Narrator Katharine McEwan offers a soft, youthful feel to Beryl’s early life. Her mother leaves the harsh farm life of British East Africa and returns to England with her son, leaving 2-year-old Beryl with her father. Beryl’s life in Africa offers her freedom from social expectations and shapes her into a tough young woman. McEwan sounds a little delicate for the doping-drinking-notorious Beryl, who bedded royals, shocked her seemingly unshockable society of artists, and stole the lover of famed author Isak Dinesen. Even so, McEwan delivers credible accents—African and British—and her melodious voice is a fine match for Paula McLain’s (THE PARIS WIFE) lush descriptions of Africa. S.J.H. © AudioFile 2015, Portland, Maine [Published: AUGUST 2015]