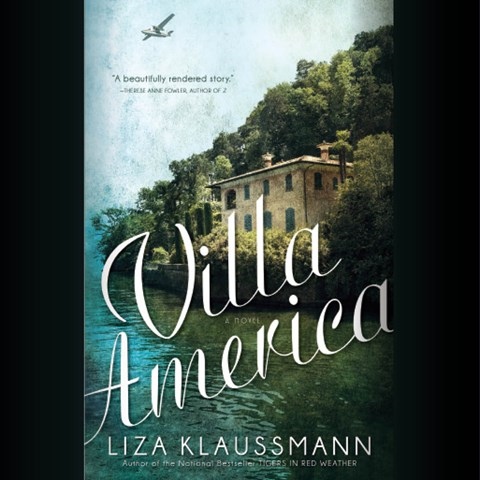 Liza Klaussmann offers a splendid roman à clef, reimagining the lives of Sara and Gerald Murphy, whose salons in the 1920s included such notable expats as F. Scott Fitzgerald, Ernest Hemingway, Picasso, and many other artists, writers, and celebrities of the period. Narrator Jennifer Woodward presents this fictional version of the Murphys with all their magic intact as they entertain at their home, Villa America, in Cap d'Antibes. Woodward's genteel tones and girlish delight make the family's bohemian existence and hedonism both carefree and urgently serious. Woodward's performance highlights the Murphys' marriage, which was fraught with Jazz Age intensity and the sense of ennui that permeated the Lost Generation. S.J.H. © AudioFile 2015, Portland, Maine [Published: JULY 2015]