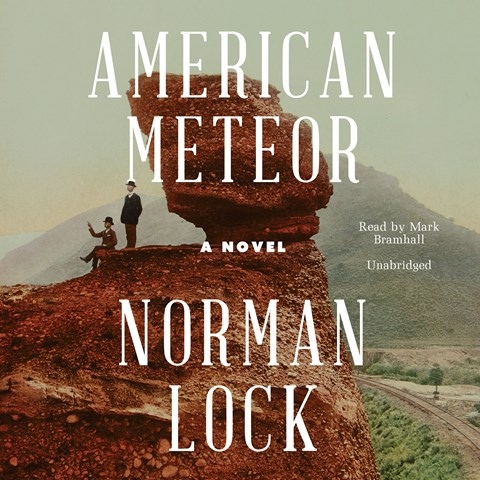 Narrator Mark Bramhall employs a slightly gravelly tone for world-weary Stephen Moran, who, on his deathbed, recalls the events he witnessed and was party to during the taming of the American West. Bramhall's versatility in voicing dialogue shines as he portrays a diverse group of people across a range of ages and ethnicities. As Moran had a gamut of life experiences--from being a 13-year-old Civil War bugle boy to surviving Custer's Last Stand--Moran crossed paths with many famous individuals who created U.S. history in the late nineteenth century. Bramhall's perfect pacing and understated drama enliven Moran's adventures, evoking the boy's awe of the West, fascination with photography, and horror of the disrespect and greed of some of his fellow countrymen. C.B.L. © AudioFile 2015, Portland, Maine [Published: AUGUST 2015]