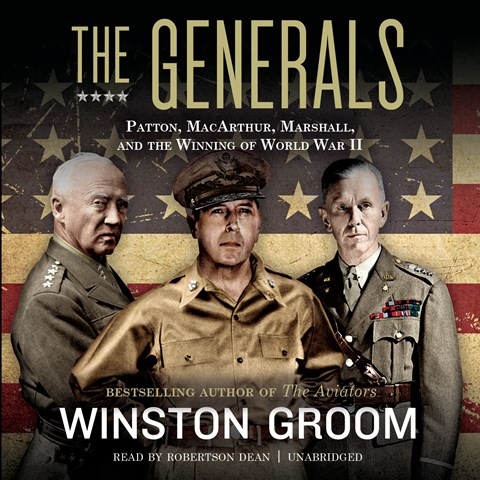 THE GENERALS Patton, MacArthur, Marshall, and the Winning of World War II

During WWI, Douglas MacArthur, George Marshall, and George Patton were involved in the same key battle. During this pivotal incident, all three showed the skills and talents--and weaknesses--that would mark their careers during the Second World War. Robertson Dean offers a solid narration of this work, carrying listeners along as the author recounts the life stories of these three larger-than-life military leaders. He varies his pacing throughout, never getting ahead of the listener but never letting the narrative languish. He doesn't try to impersonate speakers, although he adds an appropriately gruff tone to some of Patton's quotes. R.C.G. © AudioFile 2015, Portland, Maine [Published: DECEMBER 2015]